The tournament has taken some time to digest and put together.
It was a success for the community and there is much talk and desires for it to be repeated again next year. We have all learnt a huge amount during the process.

The Domino Toppling started first thing in the morning - it took all day. 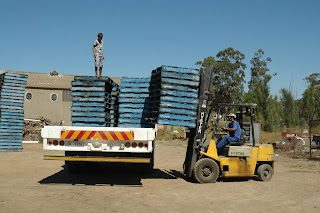 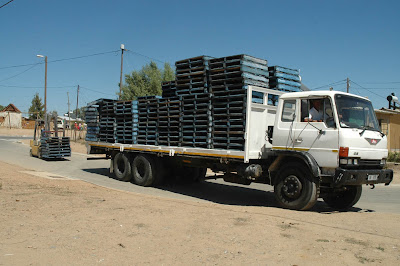 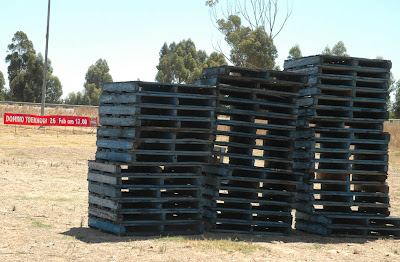 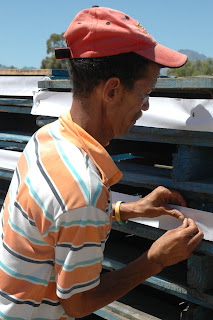 Doons tacking white paper strips onto palettes to give the idea of 'dominos', black and white. As this happening turned out in the end, this was not necessary. 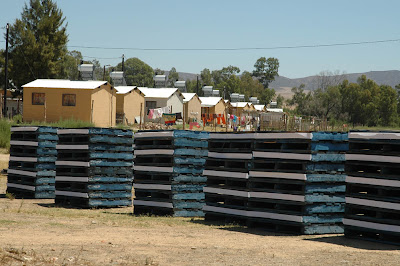 In the meantime a 100 balloons were being blown up in two houses. 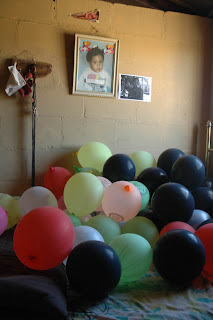 Rike helping to tie up balloons. 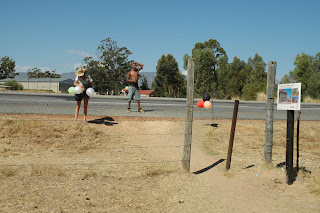 Then the Domino Toppling.
We put them in piles of 10 on the road. 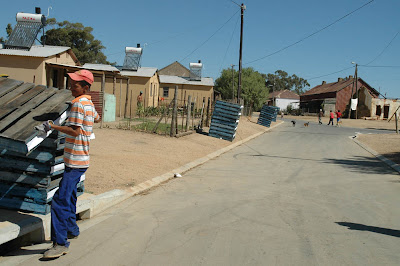 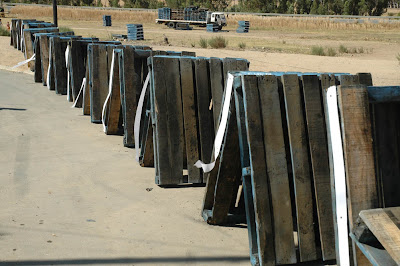 They all toppled and fell...
So we lay them like this... 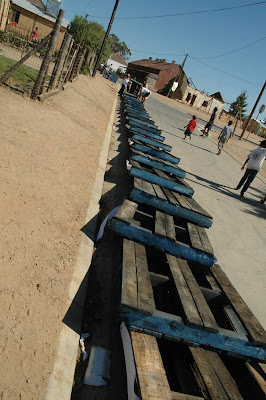 And an even better plan developed - each palette had to be held up by a community member and everyone ran after them - the toppling was noisy and created an exciting although slightly dangerous energy. 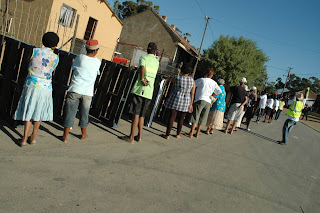 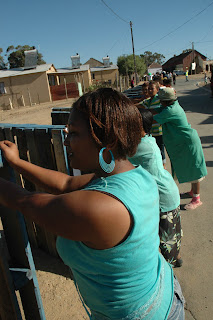 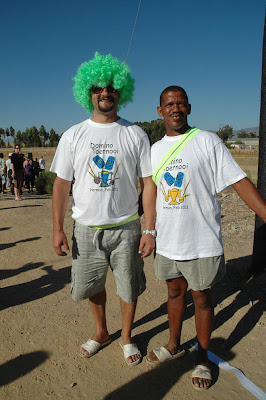 The Sportsforum who had initially given us such a hard time, were fantastic in their support and organisation. They took over the running of the actual playing of dominos.

The registration table was packed all afternoon. 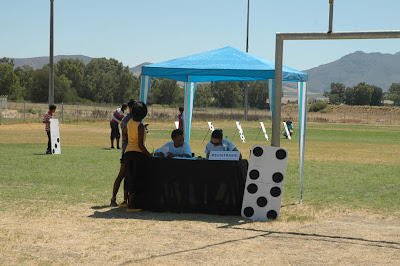 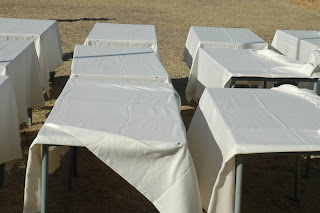 Special tablecloths for the domino players.


The MC Bernie Louw who has been involved in the project from the beginning. 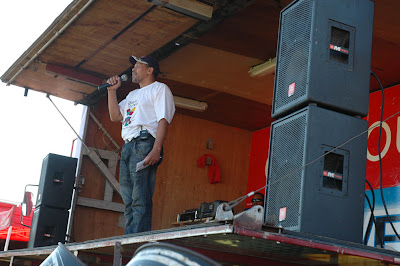 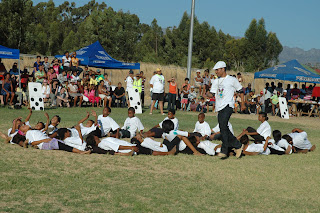 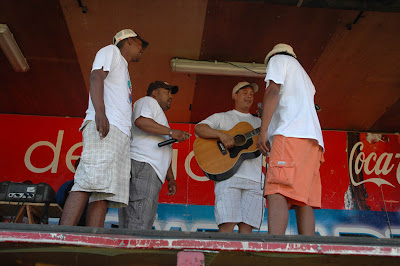 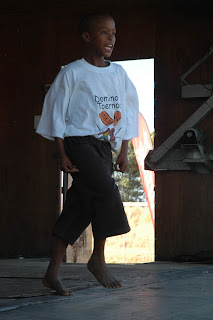 Dorothee's pic of the trophies and prizes. 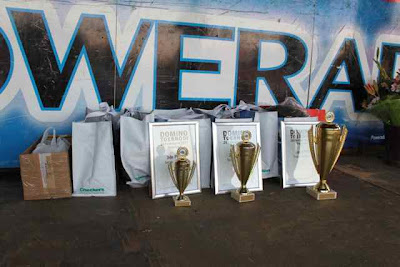 Bernie with his microphone was an energy that did not stop for the whole tournament, which lasted for 4 hours. 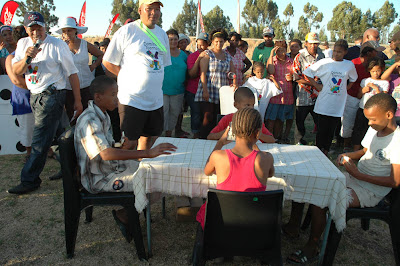 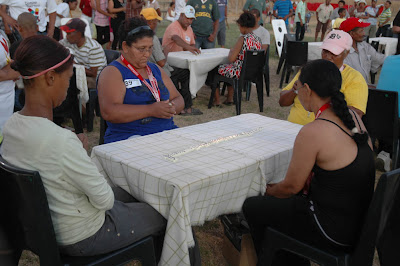 Doons found time to play in between his busy day. 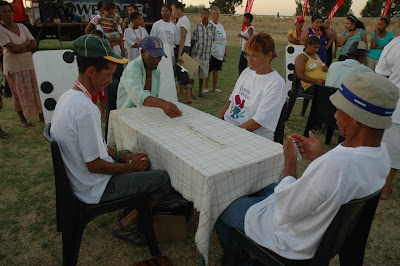 Two Thousand and Ten Reasons to Live in a Small Town is a public art project facilitated by VANSA and funded by the National Lottery Distribution Trust Fund. The project aims to create opportunities for the insertion of contemporary art practice and thinking into new contexts and environments, reaching new audiences in new ways. The project enables artists to develop their own practice and the impact of this practice outside of major urban centres and outside of the traditional context of the gallery space. Projects will be realised between October 2010 and March 2011, and will be documented in a publication and exhibition. To find out more about this project please click here.